The next free book and a book trailer


Posted by Tamara Hart Heiner at 7:36 PM No comments:

Posted by Tamara Hart Heiner at 6:20 PM No comments:

People used to ask me all the time what my platform was. Why I wrote. What was my purpose.
Did I have to have a purpose? I wracked my brain. Mostly I just had stories in my head. I thought maybe my platform was on empowering moms. Finding happiness within yourself.
Yesterday I had the opportunity to attend an amazing little writers conference in Kansas City. The classes were amazing and the camaraderie lifted my soul.
But I also had a crazy epiphany. There were some defining moments that helped me solidify my mission and role as a writer. It began years ago when a friend helped me see an overarching theme in everything I write: social issues. But another writer at the conference helped me see that this is more than a writing preference: it's a calling. And it's one I should embrace because of the lives I can touch and change. Even when I try to write light and happy, the darker themes peek through.
Because the reality is, I see the dark things in life. I've experienced the dark things in life. And when I'm writing, I want to shed light on these hard topics. I write into the darkness so I can give it light and hope and redemption. I want to show people who have walked in the darkness that they are not alone and there is light! And I want to show those who have never experienced darkness that they can still have empathy and compassion and understanding for people walking through the darkness. Maybe they can even be that light.
And so I have my goals and my purpose in front of me. I have found fellow authors like Kierstin Marquet and Mary Gray who feel the same desire I do. To this end we have banded together with one mission: to write light into the darkness. To write hard topics with happy endings. I will continued to write about abuse and peer pressure and eating disorders and bullying and prejudice and promiscuity. I will continue to shed light on issues we sometimes are afraid to even whisper about. Because this is reality for many people. But I will also give hope and light and faith to the stories I write.
I won't be offended if you don't want to read my books because of the heavy topics. But I hope you will anyway. And I hope you will share them. Because just because something makes us uncomfortable doesn't mean we should pretend it doesn't exist.
#embracingMyCalling #WritingLightIntoTheDarkness 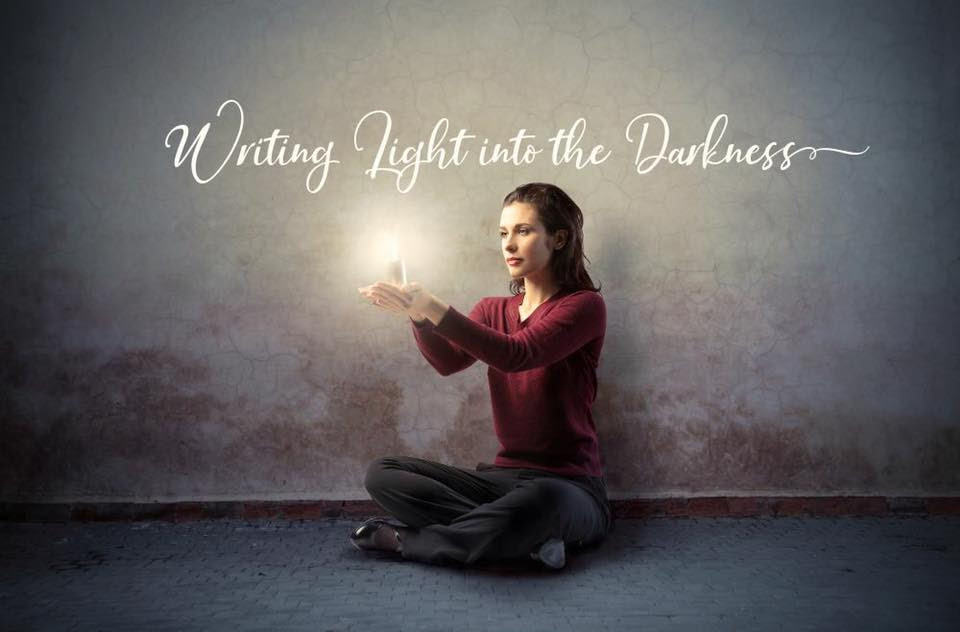 Posted by Tamara Hart Heiner at 11:25 AM No comments:

How to run a marathon (half) if you're not a runner

I did something crazy last Saturday.
I ran a half-marathon. That's thirteen miles, people. And the craziest thing? I'm not a runner.
No, seriously, before you close your computer or put your phone away laughing, hear me out. I hate running. My husband ran track in college and has been trying to get me to run for thirteen years. But I hate it. Passionately. I ran a mile for the first time about two years ago and the most I'd ever run before in my life was two miles and it took me nearly a year to work up to that.
Everyone knows this about me. So a lot of people have been asking what I did, how I trained, etc, and I'm happy to share the story. Because really, it just proves that anyone can run a marathon. Or at least a half.
Early in November I saw registration available for a 13 mile race in the woods behind my house. I love hiking and being outside and the woods, so somehow I managed to ignore the running aspect and got really excited to be outside for thirteen miles. When I told my husband I wanted to sign up, he laughed at me and told me I should probably run a 5k first. Touche.
But I signed up anyway. And then I thought, what the heck, I have four weeks to train. Let's see how far I can run.
So I ran three miles. Something about running through the woods, over the hills and down the valleys, makes the miles seem less cumbersome than on the road. It's interesting and beautiful and satisfying. And I felt great. So the next week, I pushed myself to four. Four miles! I couldn't even believe it. I was so proud of myself, running four miles! But I knew I had to do more. The next week I planned a six-mile loop, knowing if I could run six miles, I could double that.
that's how I felt, too. Six miles was hard, but doable. I knew that with race day adrenaline, I could do that and then do it again.
Then the next week I got sick and only ran three miles. Three miles all week! Suddenly I was super nervous. How was I supposed to go from three miles to thirteen?? To top it off, Saturdaydawned super cold (for me), below freezing. I put on a scarf, a hat, two pairs of gloves, a tank top, two long-sleeved shirts, a sweater, exercise pants and another pair of pants over the top. Ready or not, here it came.
And when the whistle blew, I ran. Last. Everyone else ran out and I was still programming my phone. But then I went. Three miles in, I stopped and stripped off all my extra layers except one long-sleeved shirt and a hat and texted my husband to meet me at the aid station and take my backpack. Seven miles in, I realized I'd gone farther than I'd ever gone before. Twelve miles in, I realized I only had one mile left (sort of. Turns out the course was 13.78 miles).
I didn't run the whole way. I walked and panted on some of the uphill sections. But I did it, the whole thing, in less than three hours. It was awful, it was glorious, it was painful, it was rewarding.
I don't love running. But I'm absolutely thrilled to know I can make myself do something I never believed possible. I am capable. It's given me such a positive outlook and made me feel so empowered that I'm ready for 2018. I'm going to do great things. And now I won't bat an eye if my husband wants me to do a 10K with him.
Tell me about you! Runner? No? Ever done a marathon (or half)? Ever wanted to? 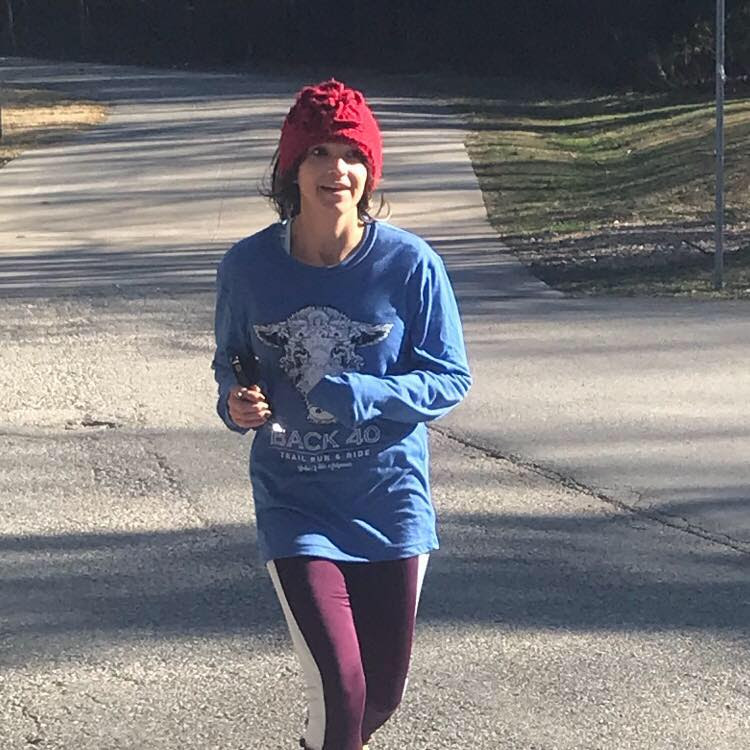 Can we talk about social issues?

Posted by Tamara Hart Heiner at 2:34 PM No comments:

The lives we touch

You may have seen me mention on my Facebook page the death of an old friend.
Not old as in age, but old as in, we became friends in high school.
This person was my friend Joey. If you've read Priceless, you kind of already know him. While the real Joey liked music more than football, his sense of humor, his friendliness, his dark hair and lanky body were all very much the same.
Though high school was a long time ago, Joey and I stayed friends. Three days before his death, we were texting about the publication process. I'm kind of shocked. I can't believe he's really gone. It just doesn't seem real to me that someone can be there one day and gone the next.
But he is gone, and it makes me more anxious than ever to finish up the Perilous series with the final book, the one with the big reveal that should shock all my readers and add the final sense of closure for Joey, both fictional and in real life.
And though Joey and I talked a lot, I don't know that I ever told him how he touched my life. How years later I could still remember our chats and late-night philosophical discussions. I don't think he knew how much he mattered to people. I don't think any of us do.
There are people around you who will never tell you when your words change their lives or your actions touch their hearts. There are people who you think don't even know your name, but they would mourn your loss. You might think that kid you were friends with twenty years ago doesn't care anymore because you haven't talked in two decades, but they still carry that torch of friendship. Two decades or two days, it really doesn't matter. The love and friendships we feel and create might get filed and put away, but they're not deleted. I frequently go through the list of friends I've known over the years with fondness and affection, and I'm sure I'm not the only one.
The following is a conversation between Jaci and Joey, taken from Priceless. This book and the one after it will always be in memory of him.
“I think,” Jaci said softly, “that you and I have created an amazing friendship. And it would break my heart if I lost that.”
A small smile pushed at Joey's lips, and she recognized the disappointment and acceptance in his eyes. “I would hate to lose your friendship also.”
“You are so much better than you give yourself credit for, Joey.”
He looked down and shook his head at the table. “Your first impression of me was probably the most accurate.”
She laughed at that. Her first impression was so far removed from the person she’d discovered Joey to be. “I hope you can forgive me.” She reached over and squeezed his hand.
“I can.” He squeezed back. “I care about you. That won’t ever change.”
“I feel the same way,” she said. 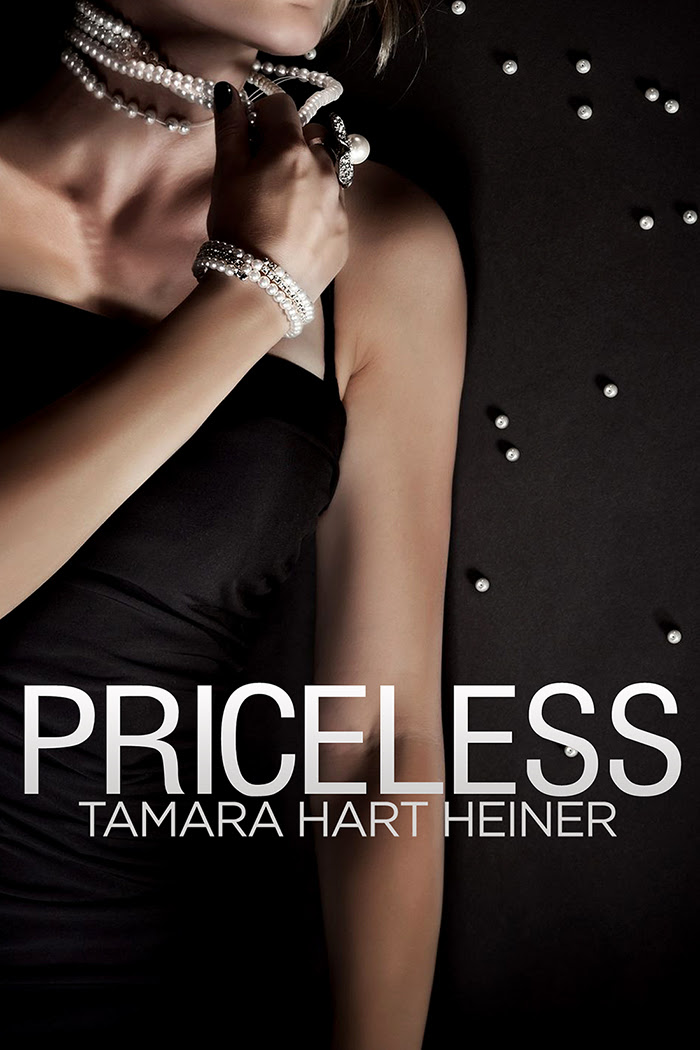 I know I am not the only one to deal with the sudden death of a friend or loved one. The loss of life is such a tragedy; my heart goes out to all those who have to keep going in the face of such pain.
Thank you for listening and allowing me to mourn in my way. Feel free to reach out if you want to chat.
Lots of love,

Posted by Tamara Hart Heiner at 1:15 PM No comments:

10 Life lessons from the shore (and a big giveaway!) 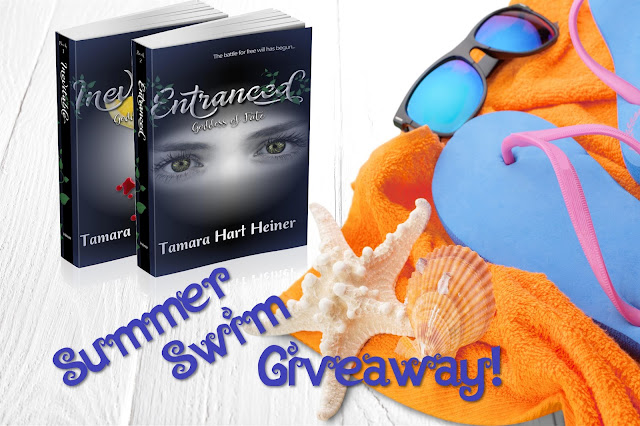 Posted by Tamara Hart Heiner at 7:25 PM No comments: